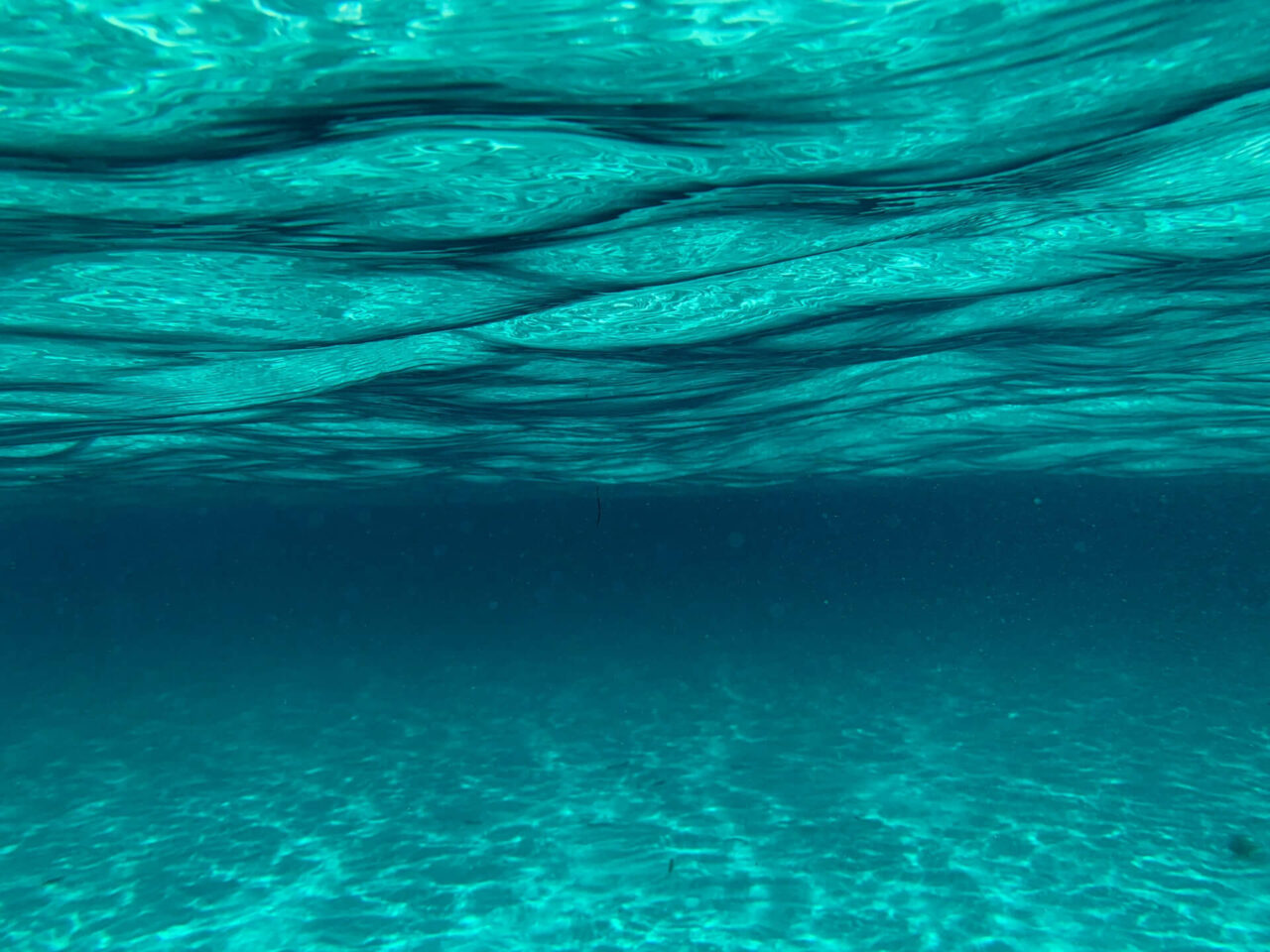 Ecospray Technologies is a well-known name in the marine industry, but these days, it is probably best known for its scrubbers. We prefer to call them AAQSs (advanced air quality systems) or the most common acronym EGCSs (exhaust gas cleaning systems), but whatever we call them, our strong reputation is based on the fact that we are one of the most successful makers in the market, with more than 500 references from a global and diversified range of customers.

We offer our customers a wide range of services, above and beyond what may be expected of a company such as ours.

Here is what you need to know:

» Is our applications portfolio mainly marine? No — we also have innovative land-based technologies, such as biomethane liquefaction and BIO-LNG.

» Do we supply EGCSs mainly to cruise or passenger ships?  No — more than 50% of our systems have been installed on several types of commercial vessels.

» Do we only make small open-loop EGCSs? No — our range of products is designed for up to 80MW-rated engine power, both open-loop and hybrid.

» Are we primarily scrubber makers? No — scrubbers have definitely been the main focus for the whole marine industry in the past couple of years, and IMO2020 has been the top priority (and a bit of a headache) for many shipowners worldwide.
But at Ecospray Technologies, our commitment has always been to anticipate trends and outperform emissions limits, since compliance only is not the way we understand our business.

Take a look at what Ecospray has engineered in terms of new marine technologies, thanks to its continuous investments in research and development. 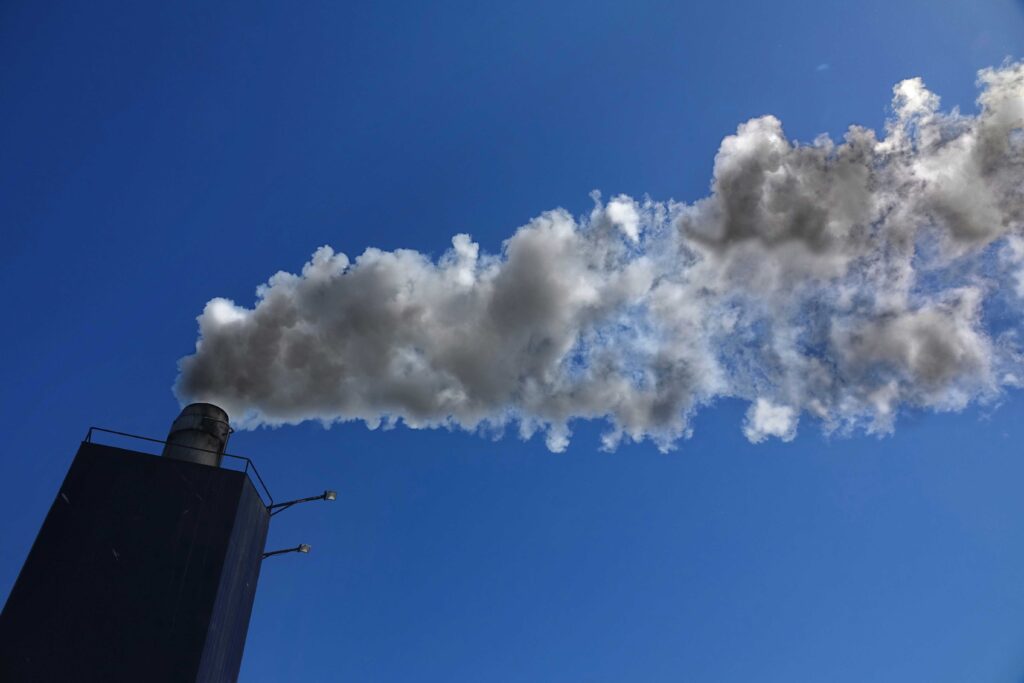 The black smoke that can be seen as the engine starts or during ship manoeuvring close to port has been part of the landscape of many cities for decades. In recent years, it has often been replaced by a white (or sometimes blueish or greyish) plume of condensed water due to an exhaust gas cleaning system up and running onboard one or more vessels.

While the first effect is, without a doubt, significantly more harmful for the environment than the second, neither is an appealing prospect and both significantly affect the perception of the marine industry.
To address those issues, we developed a Wet Electrostatic Precipitator (WESP), with the aim of capturing the remaining dangerous diesel particles (PM2.5 and lower) from the exhaust gas and a good part from condensed matter such as SO3 created by the gas cooling inside the scrubber.

Electrostatic filters are a wellknown technology with many industrial applications — in coal power plants, for example. As often happens, the main challenge has been to modify and improve the technology to adapt it to the marine environment and install it on board a vessel.
The latter aspect has been one of our top priorities, so much that we applied for and obtained from Bureau Veritas an Approval in Principle for the WESP even before we started our first real project. The system consists of many high voltage electrodes installed inside collecting tubes.

A strong electric field is generated because of the potential difference (up to 60kV), generating a flux of ions that pushes the particles to the walls. The system has been designed for port and manoeuvring operations, even though it can remove particles with a reduced efficiency of up to 100% of the engine load.

Further features and advantages include:

DeNOx is a standard technology for diesel engines, and selective catalytic reduction (SCR) systems are quite common in the marine industry as well, particularly on newer vessels compliant with IMO Tier III regulation.
Since our target has always been to combine and optimise technologies, we developed (together with a partner company specialising in catalytic systems for the automotive industry) a new generation of SCR systems with metallic catalysts, which guarantee high abrasion and mechanical resistance and long operational life. Those catalysts can be used in a traditional system using urea as a reagent, but can also be part of an H2-SCR system, capable of removing NOx at low exhaust gas temperatures (typical conditions of two-stroke diesel engines after turbocharging).

Our proprietary system uses heated air, an aqueous solution of urea and a unique catalyst for the complete conversion to gaseous ammonia, with a second catalyst stage for conversion into N2 and H2 (ammonia cracking). Ammonia is then injected into the exhaust gas duct before entering the H2-SCR reactor.
Both the traditional urea SCR and the H2-SCR can be combined with a Diesel Oxidation Catalyst unit, where oxidative catalysts allow the reduction of carbon monoxide and hydrocarbons, including polycyclic aromatic hydrocarbons (PAHs). The environmentally (black smoke and NOx reduction) and economically (fuel savings up to 3%) positive effects of adding water to the combustion process of diesel engines have been known for a long time, and water fuel emulsion (WFE) systems are installed, for example, on several passenger vessels.

The typical challenges for WFE systems are:

Thanks to its ultrasonic technology, our WFE ensures optimal dimensions of the water particles and superior stability of the emulsion.
A range of additives can be added during the process for different purposes, such as ensuring lubrication properties for MGO emulsion, or further reducing hydrocarbons, particularly PAHs.
On a side note, NOx reduction (in the range of 20%) also leads to a lower urea consumption on ships equipped with SCR systems.

Open-loop scrubbers have come under significant scrutiny over the past few years. Despite the fact that their wash water discharges have been proven time and again to be harmless for the marine environment (see the 2019 Japanese Ministry of Land, Infrastructure, Transport and Tourism’s study on accumulation effects, for example), most operators of vessels equipped with EGCSs experienced some challenges due to visible discharge traces.
Compliance with the International Maritime Organization’s limits in terms of pH, PAH and turbidity is typically not so difficult to reach. Still, prolonged periods of berthing can lead to several visible effects, such as milky discolouration, soot traces, surface films or sea foam.
The majority of these effects can be mitigated by a proper adjustment of the EGCS parameters and implementing some operational behaviours, but a more effective solution consists of installing a wash water filtration (WWF) system.

Our experience in this application led to the development of an advanced WWF system this year.  It includes:

One more step can be performed, adding an activated carbons injection system, which was developed and tested with a partner company, capable of removing soluble compounds such as lighter hydrocarbons.

In the past 10 years, our relationship with marine clients, be they shipowners or shipyards, has always been a partnership rather than a simple supplier-customer model — hence our continuous push to find new technological solutions and to focus on challenges that do not consist of the sheer compliance to international or local regulations only.

Our portfolio of new environmental systems for the marine industry is the result of a long process. It fully reflects our vision as a market leader in the development of innovative technologies. The next goal for early 2021 is to obtain the new ultra-low emission vehicle (ULEV) additional class notation, which applies to ships fitted with combustion engines having the capacity to emit a low level of pollutants.

“Beyond compliance” is more than a slogan: it is our drive and commitment towards our valuable clients and partners all around the world.

Get all the highlights with this quarterly newsletter.

Technologies for the Planet

Menu
Manage Cookie Consent
To provide the best experiences, we use technologies like cookies to store and/or access device information. Consenting to these technologies will allow us to process data such as browsing behavior or unique IDs on this site. Not consenting or withdrawing consent, may adversely affect certain features and functions.
Manage options Manage services Manage vendors Read more about these purposes
View preferences
{title} {title} {title}
Menu
Linkedin-in Vimeo-v Youtube

On this website we use first or third-party tools that store small files (cookie) on your device. Cookies are normally used to allow the site to run properly (technical cookies), to generate navigation usage reports (statistics cookies) and to suitable advertise our services/products (profiling cookies). We can directly use technical cookies, but you have the right to choose whether or not to enable statistical and profiling cookies. Enabling these cookies, you help us to offer you a better experience.